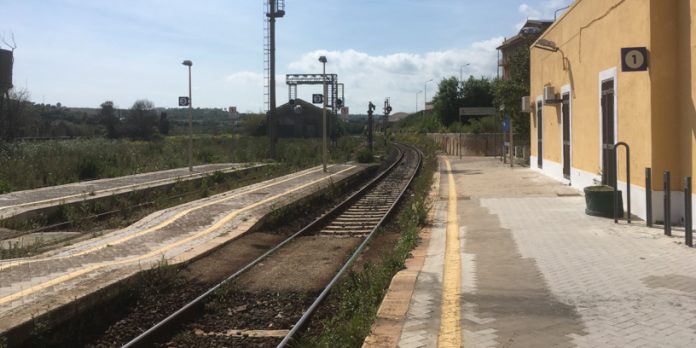 I have been following with great interest the debate about traveling by land (instead of by air) due to increasing climate consciousness. At the moment, traveling by land seems to be increasing but is still far from mass movement—and the global air transport, for instance, seems still to be growing. The forecast by IATA predicts that there will be 8,2 air travelers by 2037. Of course, things can change: for example, the director of the Multidimensional Tourism Institute, Antti Honkanen, notes in an article in the Finnish newspaper Maaseudun Tulevaisuus that every trend begins with a small group of people. In any case, it is probable that “traveling by land phenomenon” is not at least slowing down. The Finnish Facebook group concentrating in easing the traveling by land has been growing rapidly and railway companies have begun offering several different Interrail tickets: now it is even possible to buy rail passes that are valid for three months. Interrail in the 1970s and 1980s is also the theme of my PhD research, so I will describe a little the first years of Interrail in this article.

InterRail -72 was originally intended for the year 1972 only as the name indicates, too. The International Union of Railways UIC (Union Internationale des Chemins de fer) wanted to celebrate its 50th anniversary by creating a product for young Europeans under 21 years of age. With the Interrail pass, one could travel as much as one wanted in one months time. Besides the anniversary as a reason for creation of Interrail, UIC was worried for the future of rail transport. The idea was that by giving young people the opportunity to cheap train travel they would become active train users in their adulthood as well. This aspect was perhaps a bit utopian, but the Interrail pass itself began to sell very well in the market. Especially in the Nordic countries the Interrail pass became very popular, if one compares the number of sold passes per capita.

In Finland, for instance, the number of passes sold in 1973 represented over 5 per cent of all youth aged 17–20!

Source: InterRail statistics, in possession of the author.

Partly the huge number of sold Interrail passes in Finland was due to the fact, that the innovative Swedish youth found out that they could buy their own pass in Finland. The Interrail pass allowed free travel elsewhere but with 50 percent discount in the country of purchase. Buying the pass in Finland allowed the Swedish to start their Interrail journey from Sweden totally free. This loophole was fixed quite shortly, though, and the Finnish youth was very eager to buy these passes as well.

The Golden Era of Interrail: 1980s

The railway companies agreed that it was worthwhile to continue selling Interrail passes even after 1972. They had also received some complaints about the age limit and about the validity of the ticket. For example, in 1973 Interrail was valid only on summer, from May to October. Already in 1974 the validity of passes was changed to include all the year. The age limits were lifted twice: first to 23 in 1976 and to 26 in 1979.

The golden era of Interrail was the end of 1980s and first two years of 1990s. The highest number of total sales of IR passes (youth+other products) was reached in 1991 with over 400 000 sold passes in Europe. In 1993, the number of sold passes crashed, partly due to the Yugoslav wars. Also the innovation of dividing Europe to several zones of travel—one could buy ticket to only one zone or to all of them—didn’t help: the sales number of passes stayed in approximately one third of the record years. The European airline deregulation process and the arrival of low cost carriers did their share as well: the sales number of IR passes never recovered.

In my PhD research, I examine how Nordic Interrail travellers construct their IR travel experiences in oral history account. What kind of experiences are remembered? Besides the oral history accounts, I have examined a lot of travel photographs and travel diaries. One interesting aspect in the research is the sense of belonging that was felt on the journeys: what was the group the youth felt belonging to? Also the issues of internationalization of youth and relationship to the concept of Europe have to be dealt in the research as they are very much present in the source material. In Finland, people are still talking about traveling to ‘Europe’ when they are traveling to the continental Europe.

At the moment, I have interviewed 19 Finnish Interrailers and visited relevant archives in Finland and in Norway. It is sad that so much of the material of Interrail has been thrown away: there is not much archival material about the phenomenon. That is also one more reason to use oral history approach. Interviews combined with other sources, such as photographs and diaries, provide a very rich source material collection. Besides the self-collected material, we collected Finnish Interrail memories together with Finnish Literature Society las year which I analyse at the moment.

Someone might ask, what is the point of studying things like this. And that is always a valid question. At least my research will provide new information about memorable experiences in travel which is useful information outside the academic world as well. Besides, the research will shed more light on the sense of belonging in youth travel: how significant were being young or being part of Nordic countries compared to the own nationality, for example. And more aspects are all the time opening up while analyzing the interviews.

My next task will be interviewing the Swedish and Norwegian travellers. Besides these, I am writing a nonfiction book about the theme so I am quite sure that I will write more about Interrail here as well.