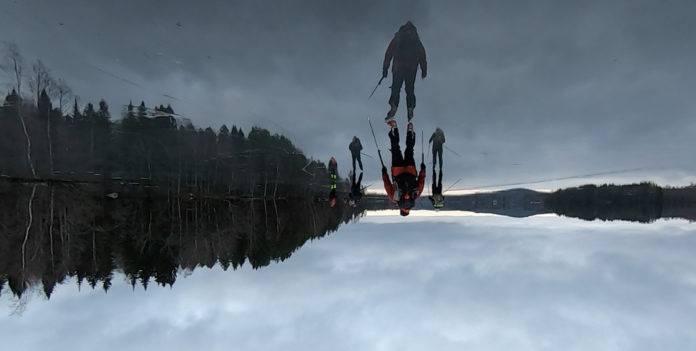 It was quite amazing that despite the ‘heat wave’ of this so called winter, there was still enough ice for a Nordic skating tour. The theme of the tour was ice reconnaissance and improving one’s skating technique. However, a week of temperatures above 0 °C had weakened the ice in such a way that the original destination at the other end of the lake was not reachable.

As the skating area was quite limited—some kilometres—we concentrated in improving the skating technique. A couple of professional skaters that were part of our group gave really good hints how to skate faster and in more efficient way. I have been skating many years, but I experienced a wow effect today after some training. Of course, it will take much time to perfect my technique, but today’s training was a good start.

Despite the training, I also had time to take some video clips and the result is here below. Enjoy the video!

A kicksled can get you far!